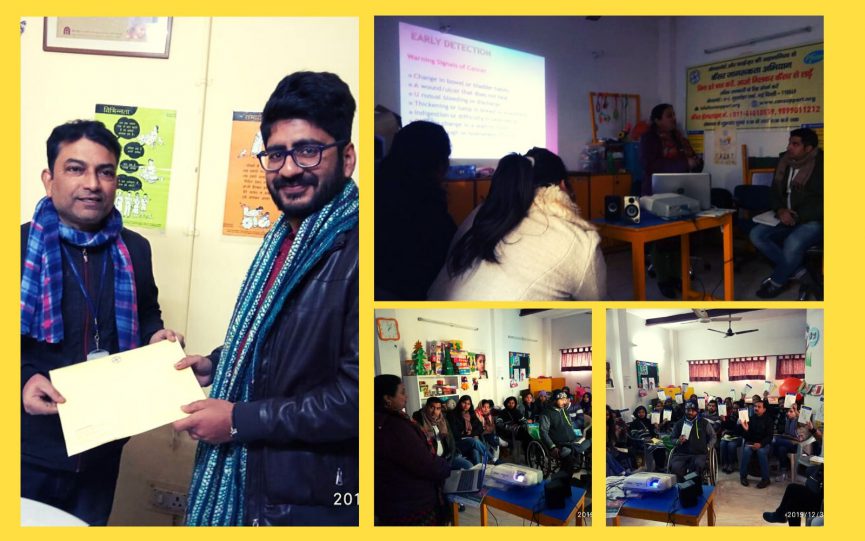 With the rising incidence of cancer in India, it has become imperative to take preventive measure to protect oneself from the disease.

As per the paper titled ‘History of the Growing Burden of Cancer in India: From Antiquity to the 21st Century,’ by Robert D. Smith of London’s Kings College and Mohandas K. Mallath from Tata Medical Centre, Kolkata states, “India had an estimated 1.15 million new cancer patients in 2018. By 2040, this number is predicted to double. Cancer mortality has also doubled in the last 26 years from 1990 to 2016”.

The paper also points out the insufficiencies of Indian public healthcare to meet the rising demand of cancer care especially for the poor, not to mention the burden of cancer treatment on the families of patients.

Citing this, CanSupport has launched a Wellness initiative for organizations and workplaces with the support of Pfizer, to increase awareness and disseminate preventive measure about cancer and its care.

CanSupport organized an awareness session for the staff of Astha- an NGO working with children and persons with disabilities on 31 December, 2019 at their premises in Govindpuri.

The session covered the major causes of cancer such as smoking, alcohol intake, tobacco consumption, lack of exercise, and sedentary lifestyle that are prevalent among urban population.

CanSupport’s Savita Luka, deputy head, training & education conducted the session on cancer awareness, she emphasized that according to research, breast and ovarian cancer are on the rise in women, while mouth, lung and blood cancer continue to increase among men. She explained how one can prevent and minimize the effects of cancer by proactively going for regular check-ups.

Around 35 staff attended this session.

CanSupport would like to thank Mr. Partik Aggarwal, Assistant Director and Vinod, Programme Manager for their support in organizing the session.