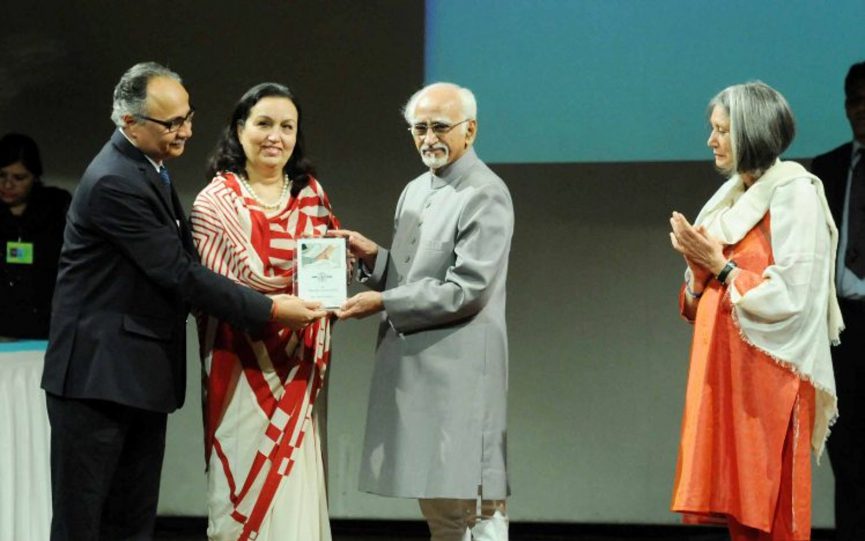 CanSupport celebrated its 20th Anniversary as well as World Hospice and Palliative Care Day on 12th of November, at the Chinmaya Mission auditorium at 11am. The event was inaugurated by Hon’ble Shri M. Hamid Ansari, Vice-President of India.

Shri Hamid Ansari congratulated Mrs Harmala Gupta for founding CanSupport, and from the smallest of beginnings, leading it to where it is today. Beginning with one team and 6 patients, CanSupport today has close to 2000 cancer patients, the majority of whom are poor, being cared for in their homes by 25 teams, free of charge. These home care teams travel all over Delhi and the NCR. This is no small feat. To all those who have joined hands with Harmala and her dedicated teams and have helped take CanSupport to where it is today, many of whom we have felicitated this morning for their generous support, we owe a particular debt of gratitude.

During the event, a film showcased CanSupport’s work in the last 20 years. Along with this, a souvenir and the 20 yr milestone book was released by Hon’ble Vice-President of India.

The event was attended by cancer patients, their families, doctors, nurses, counselors, volunteers and donors under one roof to support those fighting cancer.

Towards the end of the event, there was a melodious recital by classical musician Vidya Shah and her team.