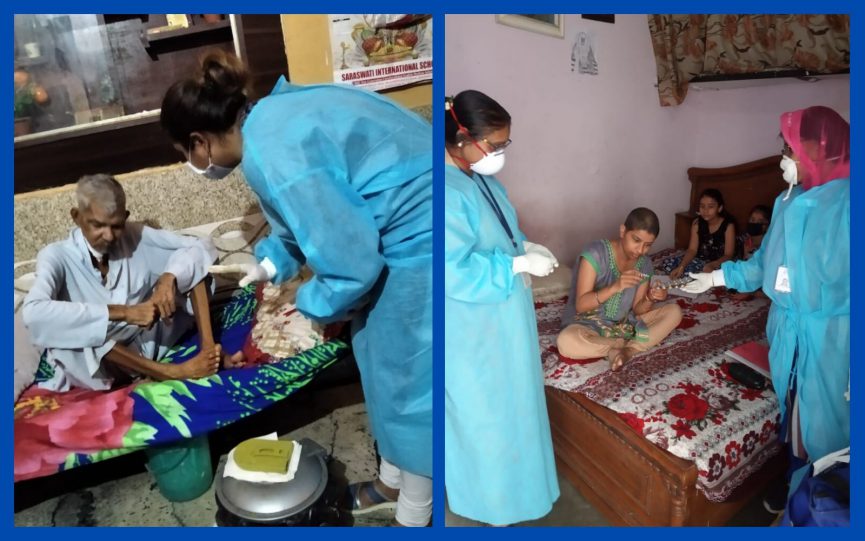 “Worldwide data show that annually 15 million people die from a NCD between the ages of 30 years and 69 years.”

It is an irony, that it has taken a highly communicable condition like COVID-19 to highlight the dangers inherent in non-communicable diseases (NCDs), such as cancer, diabetes, hypertension, obesity, heart and respiratory ailments, to health. These are usually bracketed away as previously underlying or pre-existing medical conditions when, in fact, they should be in the foreground.

It should come as no surprise to public health authorities that those who are at the highest risk of suffering complications and of dying from COVID-19 today, are those who have lived with NCDs for a longer time than others, namely the elderly. Yet this aspect is never quite stressed. What is of even greater concern, is that while the elderly are undoubtedly at high risk, let not the younger population get reckless and believe they are exempt.

Worldwide data show that annually 15 million people die from an NCD between the ages of 30 years and 69 years. Once these figures are seen in the context of COVID-19 fatalities the strike rate of this dreaded pandemic is not nearly as random as it may first appear. Despite having a majority population that is young we, too, have cause to worry.

The figures for India published by the WHO are revealing. They estimate that 63% of all deaths in 2016 were because of NCDs. Of these, the risk of premature deaths for those between the ages of 30 years and 70 years was 27% for males and 20% for females. The main risk factors identified from the age of 18 onwards were lack of physical activity and tobacco use resulting in high blood pressure, diabetes, obesity, etc. In other words, while those who are at highest risk of complications and from dying of COVID-19 today are those who have lived with NCDs for a longer time, usually the elderly, this is not always true. Bad habits start young.

The rise in the incidence of NCDs has been attributed to four major risk factors: tobacco use, physical inactivity, excessive use of alcohol and unhealthy diets. These are collectively responsible for almost 70% of all deaths worldwide (41 million deaths annually), three quarters of which occur in low and middle income countries. One can add that even in more developed countries it is the less better off sections of society that bear the brunt of disease and ill health and suffer more premature deaths.

Recent data from hospitals in the U.S. and the U.K. treating those with severe COVID-19 disease indicate that obesity is emerging as one of the biggest risk factors, particularly among younger patients. They are relating it directly to the BMI (Body Mass Index). And yet, media coverage of the novel coronavirus pandemic, as well as medical opinions, have till now presented these demographic findings as if this was purely an age thing. It is much more.

For years now, the recently much maligned World Health Organisation (WHO) has been warning and reminding countries about the dangers inherent in the spread of NCDs. Here is a quote: “The epidemic of NCDs poses devastating health consequences for individuals, families and communities, and threatens to overwhelm health systems. The socio-economic costs associated with NCDs make the prevention and control of these diseases a major development imperative for the 21st century.”

This health crisis should focus our immediate attention on the severe fault lines in our societies and public health care systems that make us so susceptible to this virus. Today, it has become a matter of life and death for communities who have been at the receiving end for generations of the consequences of structural economic and social inequality, reinforced in some countries by racism. In both the U.S.A. and the U.K., for which we have published data, the death rate of members of ethnic minorities and people of colour (African Americans, Hispanics and Asians) has been disproportionately high relative to their numbers in the population. In the U.K., almost double the number of black people have succumbed to the virus compared to their white counterparts.

While it may be argued that NCDs are the result of a combination of genetic and physiological factors, there is no doubt that deliberate lifestyle choices (tobacco, liquor, lack of exercise), poverty and environmental factors play a major role. Those at the lower end of the income scale, who live in squalid, often crime ridden communities, are the main victims. Their environment predisposes them to drug, alcohol and tobacco abuse which when combined with cheap, mostly unhealthy, diets increases their health risk substantially and decreases their longevity. Other predisposing factors which have ensured the spread of NCDs to a larger cross section of the population include rapid unplanned urbanisation, globalisation of unhealthy lifestyles and population ageing.

The good news is that most of these risk factors are modifiable. The bad news is that underprivileged and uneducated communities are not only ignorant of the factors that cause ill health but cannot access or afford the health care costs related to NCDs. This extends to all the key components, from screening and detection to de-addiction, treatment, including palliative care, which make up a comprehensive response to NCDs. The usually expensive and lengthy treatments force millions of people into poverty annually unless they live in a society that offers free universal health coverage from the primary health care level upwards. India has made a beginning with the setting up of wellness clinics in rural areas which are using local health workers to screen and identify those with NCDs. It is to be seen whether this will translate into better health outcomes.

If we are to lessen the impact of future viruses like the novel coronavirus on individuals and in society, we shall have to invest in better management of NCDs. This will require collaboration among sectors like health, finance, transport, education, agriculture, urban planning, etc. Most importantly, we must strive to prevent and control them through a public health approach which stresses on prevention, early detection and timely local treatment at the primary health care level. Access to palliative care at home for those with more advanced conditions should be an integral part of this strategy.

What we have to realise is that the virus causing COVID-19 is but one of the many unknown viruses that we shall have to face in the future. We cannot afford to be caught off guard as we were this time. Our best defence is a robust public health care system which focuses on prevention and caters to all sections of society equally. If we are today succumbing to COVID-19, or becoming seriously ill because of it, to misquote Shakespeare, ‘the fault lies not in our stars but in ourselves’. Many of us are already victims of a faulty lifestyle that has been slowly killing us. All that the novel coronavirus has had to do is enter with a dramatic flourish to perform the coup de grace.